Royal College of Physicians of Ireland - Faculty of Paediatrics

From Heraldry of the World
Your site history : Royal College of Physicians of Ireland - Faculty of Paediatrics
Jump to navigation Jump to search

ROYAL COLLEGE OF PHYSICIANS OF IRELAND - FACULTY OF PAEDIATRICS 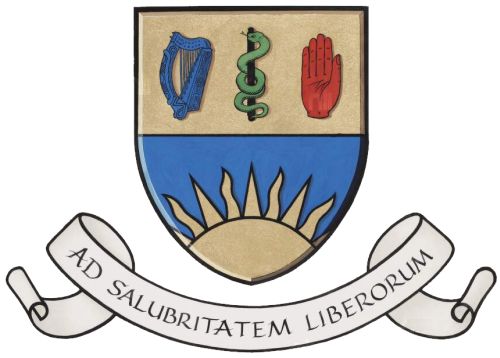 Per fess or and azure in chief a rod of Aesculapius, the rod sable, the serpent vert, between in the dexter a harp of the second and in the sinister a dexter hand appaumee couped at the wrist gules, in base a sun rising gold, with the Motto: Ad salubritatem liberorum.

The arms were officially granted on December 20, 1999.

If you have any information on these arms College of Physicians of Ireland - Faculty of Paediatrics mail us !