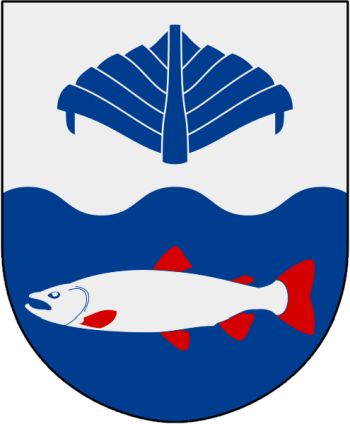 The arms were officially granted on December 18, 1942.

The upper half shows an overthrown boat which refers to the importance of shipping and the harbours of Ljusne, Ala and Vallvik. The salmon is taken from the seal of the Söderala parish, known form the 18th century and refers to the salmon fishing in the municipality.