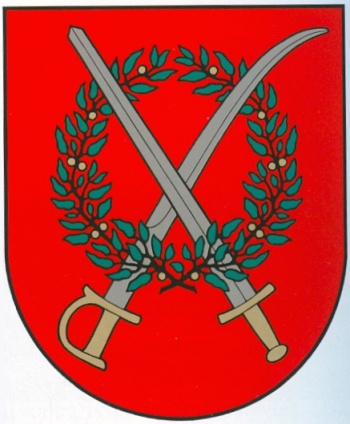 The arms should symbolize readiness to defend by weapon the rights of the new city and of the whole country.

In 1847 the arms were applied for again, but now with a silver field. Probably the town has lost the original privilege. But the arms were not confirmed that time.

In 2000 the base was removed, and the motto “For nation, King and freedom” was kept only on the flag.