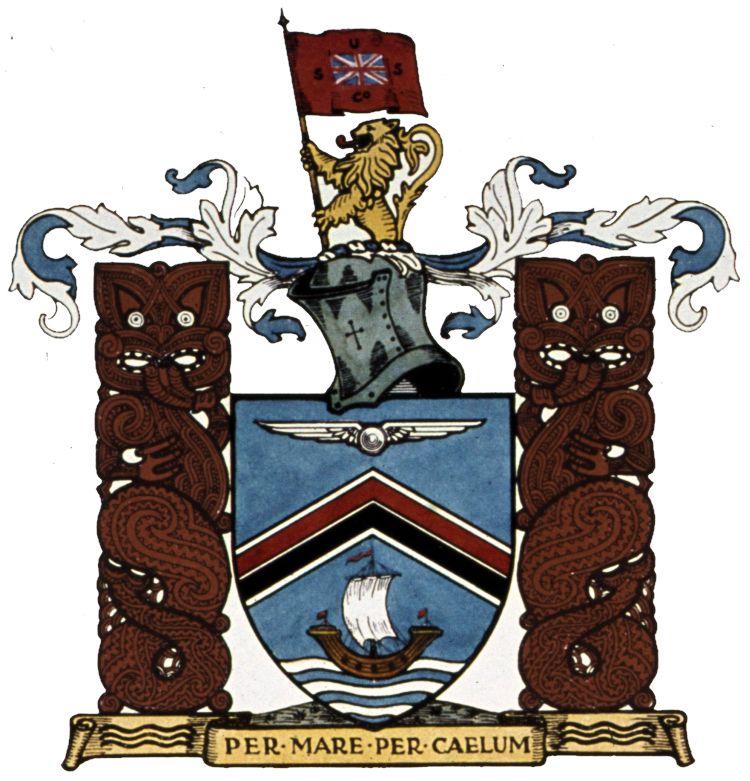 Arms : Azure, on a Chevron Argent two Chevronels Gules and Sable, in chief a double Vol displayed of the second, and in base a Lymphad proper with sails set and flagged of the third, on barry wavy of six of the first and second.
Crest : On a Wreath of the Colours a Demi-Lion rampant Or langued Gules holding in his paws a standard with the house flag of the Company, Gules, having a small Union Jack in the centre surrounded by the letters U.S.S.Co.
Supporters : On either side a carved Maori Panel Murrey, representing Tangaroa, the Maori Guardian Sea-God of Te Moana-nui-a-Kiwa (the Pacific Ocean).
Motto: 'Per Mare Per Caelum'

If you have any information on these arms Steam Ship Company of New Zealand Limited mail us !