From Heraldry of the World
Your site history : XIV Corps, US Army
Jump to navigation Jump to search 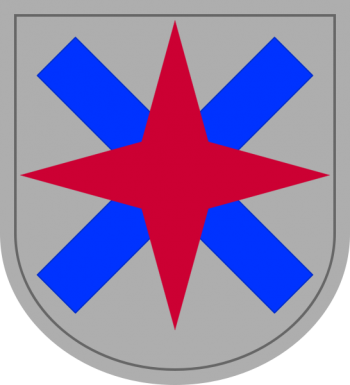 Upon a cadet gray shield 2 1/2 inches (6.35cm) in length a blue saltire cross and surcharged theron a four-pointed caltrap in red.

The shield is confederate gray and the blue saltire is from the confederate battle flag. The "X" cross and the number of the points of the caltrap indicate the number 10 + 4 of the division.