Difference between revisions of "York (England)"

From Heraldry of the World
Your site history : York (England)
Jump to navigation Jump to search 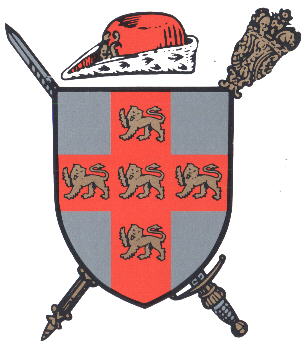 Argent on a Cross Gules five Lions passant guardant Or.

The right to use the sword, mace and cap by the mayor of York was granted in 1396 by King Richard II, when York received county status. The cap is normally only used by dukes, not by cities. Even though these attributes are not formally granted, they have been used behind the arms since the 18th century.