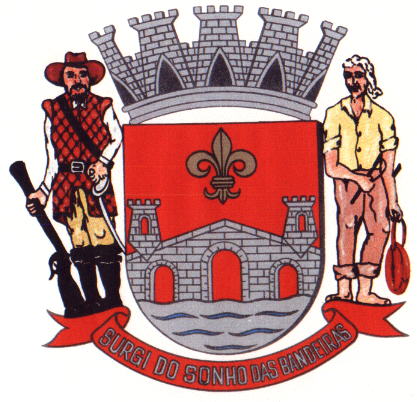 The red field stands for the sacrifice and bloodshedding that the first settlers met with. The arms are canting for the old name of the city : Nossa Senhora da Ponte do Rio Tietê (Our Lady of the Bridge over the Tiete River). The arms thus show a bridge, a river and the fleur-de-lis, symbol of the St. Mary.

The supporters are a bandeirante (right, with gun) and a settler (left). The bandeirantes were the first explorers in the area in the 17th century.

The motto "Surgi Do Sonho Dos Bandeiras" can be translated as "I came forth from the dream of the bandeiras."