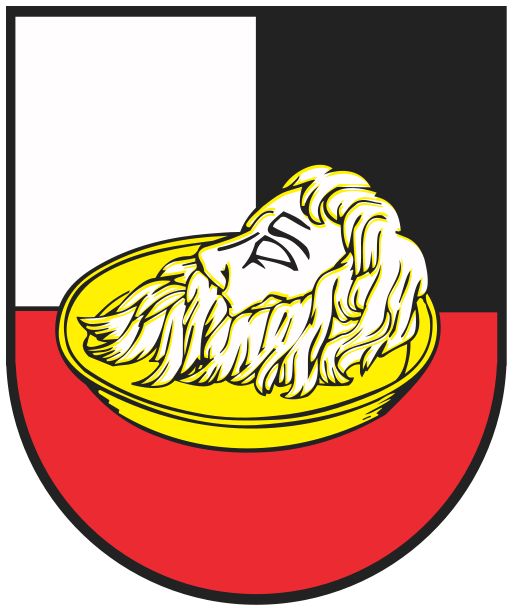 The arms were officially granted in 1645 by King Friedrich Wilhelm of Prussia.

The arms of Pisz (formerly known as Johannisburg in Ostpreussen) show the symbol of the local patron saint, St. John Baptist, with his head on a platter. The head is placed on a shield with in the upper half two quarters of the Hohenzollern family arms (the dynasty of the King) and a lower red half.