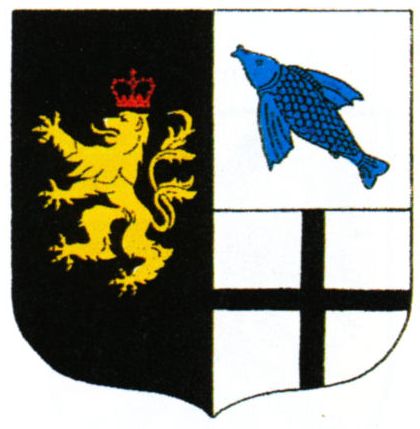 The lion is taken from the arms of the Counts of Gera, to which the area historically belonged. The black cross is the cross of the Teutonic Order, which had possessions in Schleiz and Tanna. The flying fish refers to thearms of the Lords of Lobdeburg, the oldest known lords of the area.